I am, like most writers I think, an extremely picky person about my writing. I don't know if it is a gene or if it's because we read so much and see so many amazing stories out there but this tendency to look so critically at our own work can absolutely paralyze us sometimes. And, for me, rather than losing this self-criticism over the years of writing it's gotten worse. Why? Because I have learned so much and I see, so much more clearly now, where the problems lie and, unlike a beginning writer, I'm no longer unaware of the pit falls that can crop up as I'm drafting a story. Things like weak story structure, shallow characterization, slow pacing, lack of plot … my God, the issues could go on and on. It's enough to make a person shut off their computer for life.

But we love stories. We should love writing them! Obviously, with so many stories out there, other writers have silenced their self-criticism (or, at the very least, put ear muffs on). So then how can we, as writers, stop those critical voices in the back of our heads telling us our writing/story is just not up to snuff? The following may not work for you but here are some of the things I do to become unstuck.

1. Study
When in doubt, take a class, read a writing book (two books I recommend and that always inspire and help me work through problems are Stephen King's On Writing and Jack Bickham's Scene and Structure), go to a conference or read a book you really admire and analyze why it's so darn good. I'm a big believer in researching information when something is scaring me or blocking me from progress. Store that information you obtain like a squirrel does acorns in a tree. When that awful winter of discontent (your self-criticism) hits you then you burrow into your nest and eat those acorns you've stored so you can survive the winter.

2. Get Critiqued
I know it's scary to let what you think is crappy writing be seen by people. This is the one bit of advice I struggle with the most. I only let my CP and then my agent see what I think is my best work. Maybe that's wrong - especially when I'm slogging through a rough patch. But what you should never do is assume that you can see your work clearly because what you think is crap could be gold. What you think is gold could be dreck. Yes, you make the final call but if your self-criticism is clouding your judgement then get someone else to give you fresh eyes.

3. Get Inspired By Other Writers
It's easy to let the progress of others make you feel like you're a sluggish writer who is not producing enough words or, worse yet, words that aren't worth reading. Yeah, how's that negativity working for you? Not so much? Then use their progress to inspire you. My CP is inspiring me with her progress on her first draft of a women's fiction novel. It's going really well for her and her excitement excites me and makes me remember what it's like to be on that finishing a novel wave that's cresting toward shore. Another writer I know is also finishing her book. She's struggling with it - especially as it's getting toward the end. So she's not exactly riding a wave but she's swimming against a current that seems determined to keep pushing her back. But she's not giving up and that inspires me too. If she can do it, even if she's hating that story right now, so can I. Remember: Fellow writers are not your competition - they are - or should be - your inspiration.

4. Work on Another Project
If you are truly hating the work, then start something else. Maybe it's just noodling out a new idea to work on later. Maybe it's a short story. Maybe it's a completely new genre you've always wanted to try. Whatever it is, use that to get excited again - sometimes the thrill of a new idea or new area is enough to smother those self-criticism creatures long enough for you to move forward again.

And the most important thing...

5. Whatever You Do - Don't Stop Writing
This is critical. I don't care if you have to tie yourself to a chair to stare at that screen or look at that journal the best thing you can do is force out the words. Even if it's one measley paragraph a day. Defeat is not when you write crap. Defeat is when you don't write at all. Those crappy words (or so you think) that you are putting down were not there before - that in itself should be celebrated, not criticized. Pushing through the hard part of writing makes you a better writer - even if you don't believe you are. Once those words are down celebrate that achievement. It's like when my son makes an ugly goal in hockey - lying on his stomach, stretching out his stick to shove that puck in the net. Yes, it's ugly. But he got the job done. He didn't give up and say, "Well, I'm lying on the ice. Why bother even trying?" Get those ugly words down. You never know which ones will become a goal.

I'm sure there are many other ways you may have to stop the voices of self-criticism. Please share! I'm always looking for inspiration.
Posted by out of the wordwork at 8:56 AM

CM Magazine says: "Teen readers who enjoy real life stories about changing relationships and family dynamics will gobble this one up."

out of the wordwork
I'm Nelsa Roberto - author of contemporary and paranormal teen fiction. My debut novel, ILLEGALLY BLONDE published by Great Plains Teen Fiction released March 30, 2010. My second book THE BREAK is coming out Spring 2012! You can contact me by email at nelsarobertoAThotmailDOTcom 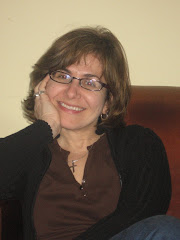 Hi! I'm Nelsa. Nice to see you and thanks for visiting! 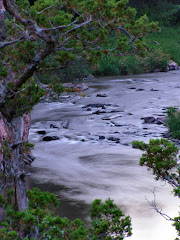 Follow Your Dreams ... you never know where they'll take you.